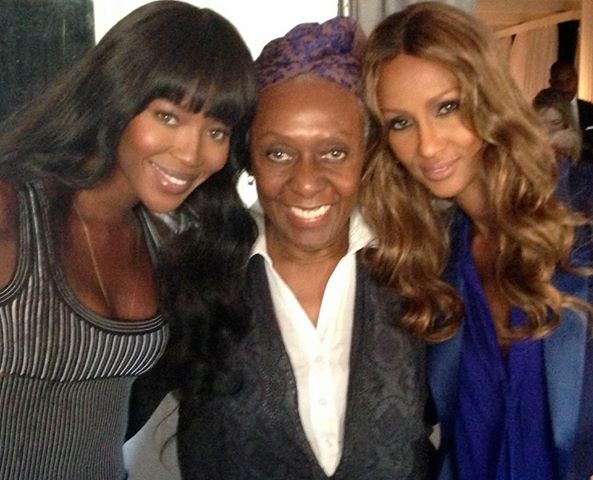 This comes right in the middle of New York Fashion Week.  They are calling out designers that have not used women of colour in their runway shows.  Iman went as far as saying there were more Black models on the runways in the 1970s than today in 2013.

CLICK HERE: To see what they had to say on Good Morning America

When it comes to the beauty and fashion industry there definitely has been a history of closed doors on women of colour.  Slowly the industry saw models like Iman, Beverly Johnson, Naomi Sims, Naomi Campbell and Tyra Banks break open doors for a new generation of models.  But sadly as much as they made an impact, things still haven’t changed much.

It was July 2008 when Vogue Italia did a special all Black issue featuring all Black models throughout its pages.  There were four different covers available and it sold out every time it was on the shelves.  They had to print another run to satisfy the demand.

Beauty shouldn’t be limited because of race or ethnicity.  It’s not just Black models that are shut out, it also happens with Asian and Southeast Asian models too.  This year Italian Vogue once again did something to embrace diversity.  It had its first Chinese model on the cover.  Her name is Fei Fei Sun and it is rare to see a Chinese model both on high fashion runways and on magazine covers outside of China.

What are your thoughts on diversity in the beauty industry?  Is it necessary?  Why is it important?  Do you think having a diverse representation will teach people to admire and embrace beauty of all races?  I would love to hear your thoughts.